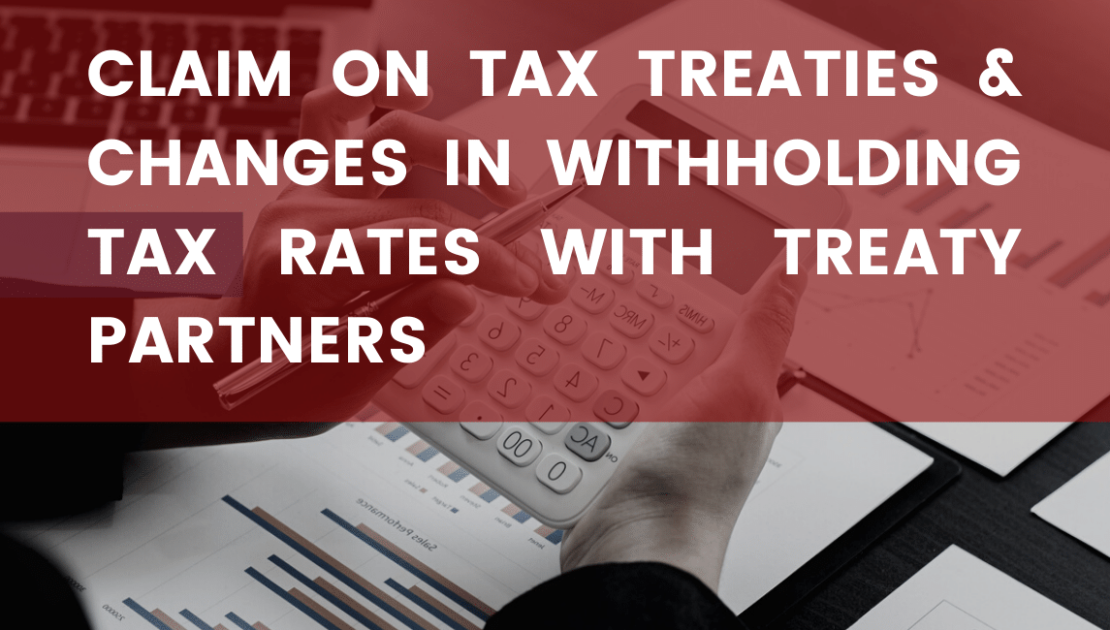 Prior to the FIRS Circular No: 2022/15 (“The Circular”) of 11th May 2022, there has been a unilateral reduction of WHT rate to 7.5% on dividends, interest, and royalties paid to treaty partners as contained in the budget speech of 1999. This rate was adopted by FIRS even though it was not backed by any law to date.

The Circular states that with effect from 1st July 2022, most investors in treaty countries would no longer enjoy the reduced WHT rate of 7.5%.

The argument against the cessation of the implementation of this unilateral WHT rate of 7.5% is that the policy statement of government as contained in the budget statement of 1999, was not promulgated into a decree and published in the Official Gazette of the Federal Government.

The circular also reinstated that to claim and benefit from the Double Tax Agreement (DTA), there must be compliance with the contents of the treaty as well as the procedures stated in the circular.

With the advent of this circular, there will be no difference in WHT rates for companies under the DTA and those without DTA except for a few treaty countries; South Africa, China, Singapore, Sweden, and Spain in some cases as seen in the above schedule.

Furthermore, the procedures in the circular must be met to keep enjoying the benefits of the tax treaties with relevant countries.

Companies and taxpayers are to review their eligibility to claim benefits of any treaty as well as take note of transactions with countries under DTA to note the necessary WHT rates to apply.

Taxpayers are advised to be wary of changing tax laws and introductions of new tax policies by the government as well as relevant tax administration to ensure compliance.

The FIRS should also ensure that the content of the circular is properly inserted into law in any form rather than circulars, the “Finance Act 2022” will be an appropriate option. This will prevent any form of controversies that might arise from arguments on whether the Minister of Finance can revert a statement made by a Head of state.

FILING OF ANNUAL RETURNS, A MANDATORY...

The procedures for filing annual returns for the various companies/entities are almost similar, however the...

FIRS stated that these guidelines serve to act as a point of reference and guidance for the public, tax pra...